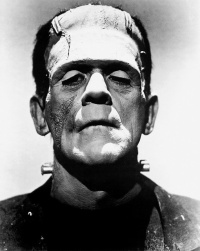 In honor of Halloween, I wanted to share a scary story… I am sure my fellow writers (and almost anyone who works on a team where the end product is a final document) can relate to the #FRANKENPROPOSAL (queue scream). Do you know what the #Frankenproposal is? Well, what starts out as a document full of promise and creativity quickly devolves into a freakish and chaotic mess with too many people involved in its development. You know what I’m talking about…. Mixed up acronyms, passive voice and active voice, run-on sentences, spelling errors. This is what happens when tracked changes are not integrated and a number of people have their hands on a specific proposal at one time. Also, the final reviewer doesn’t have enough time to integrate changes and try to make a more seamless and integrated voice throughout the document.

I’ll refer to this phenomenon as the #frankenproposal. I have experienced this several times, and although I have done this work for many years, I still get vexed and frustrated with last minute additions, lack of clarity regarding a proposal concept and different viewpoints as to how grants language should be written.

By far my worst experience was a federal proposal I wrote several people that not only involved several people, but several people with different writing styles, connection to the proposal (meaning they would be impacted differently if funded) and feedback was integrated in each draft (not just the 1st draft). Needless to say, the application was not funded and still remains one of the most difficult proposals I ever worked on in my career.

Let’s try to stop the madness and eliminate #frankenproposals for good. What is your most salient #frankenproposal that you have experienced in your career and what did you learn from it? Let’s keep the hashtag going and create a list of scary stories of our own….